Participation of the Embassy of Algeria in the edition of Ikebana International Fair, on December 17th, 2019

Many embassies every year participate and the funds obtained through their action are donated to those in need. The success of their effort in support of TFC is based on the generous activity of the Ambassador’s spouses.

The Algerian stand, which was hosted by the ambassador’s wife, Mrs. Amira Bencherif, was very successful.

The proceeds from this bazaar raised 1,200,000 yen, which was shared between the prefectures of Saga and Shiba affected by the last natural disaster. 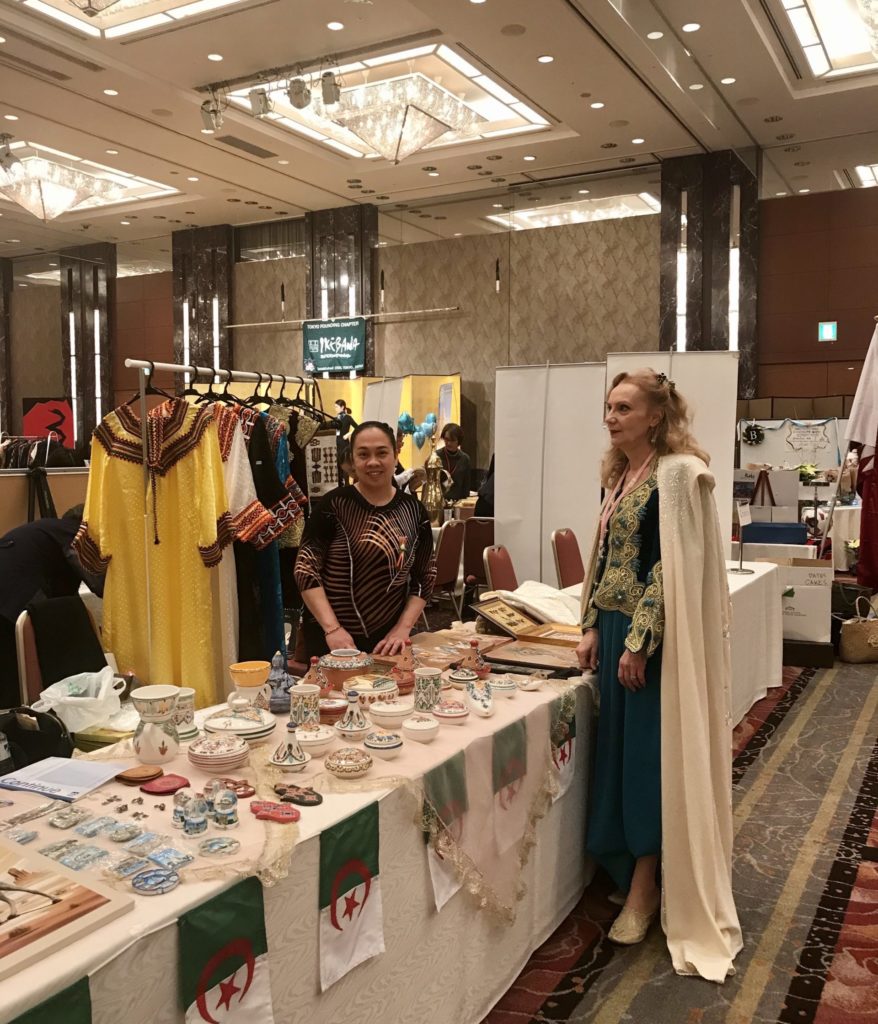 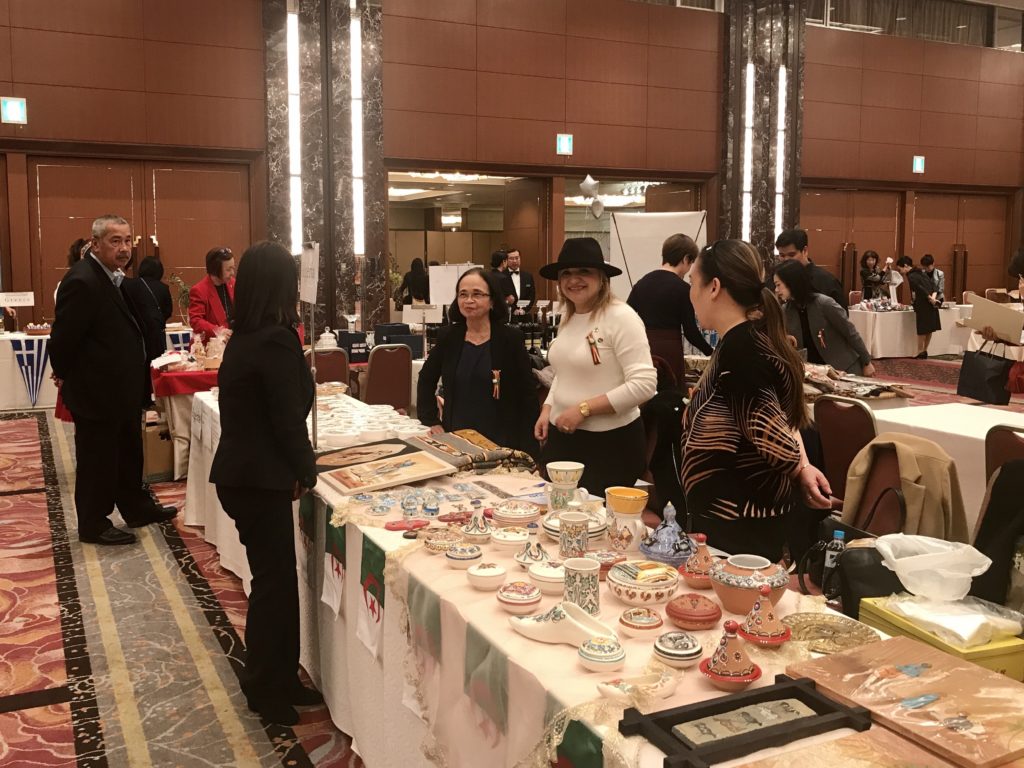