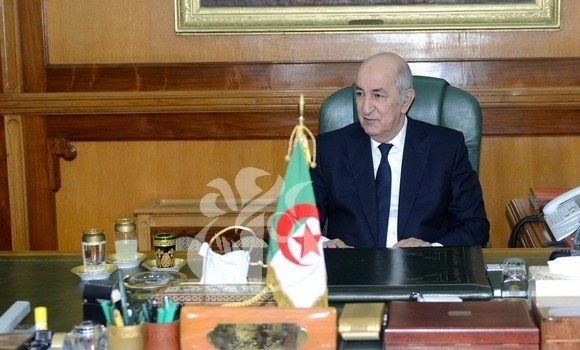 President of the Republic, Mr. Abdelmadjid Tebboune, on Monday called in Algiers for “changing the economic development model” by breaking with old methods to “exit the rent economy and move towards a diversified and wealth-producing economy.”

“You are aware that our country is now facing major challenges to exit the rent economy and move towards a diversified and wealth-producing economy. This involves breaking with old methods and changing the development economic model so as to be able to catch up with the global economic development,” said President Tebboune in an address to the opening of the National Conference on the Knowledge Economy, read on his behalf by Prime Minister, Mr. Abdelaziz Djerad.

The recommended model must “be based on the human resource and the high-level competences of our country,” the Head of the State said.

Development, added Mr. Tebboune, “in an era marked by a high degree of openness and competitiveness, is genuinely dependent on technological progress, digitization and innovation.

The enormous success achieved by so many developed countries can be explained essentially by their recourse to the knowledge-based economy, which has become the strategic objective of these countries,” he said.

“The knowledge revolution and the technological and economic changes it has given rise to, have unveiled the need to place innovation in the very heart of the development objectives and strategies,” added President Tebboune.

Speaking about the National Conference on Knowledge Economy, the Head of the State said that the encounter “is in line with large-scale reforms launched by our country at all levels.”