Sahel: Military approach is insufficient to fight against terrorism 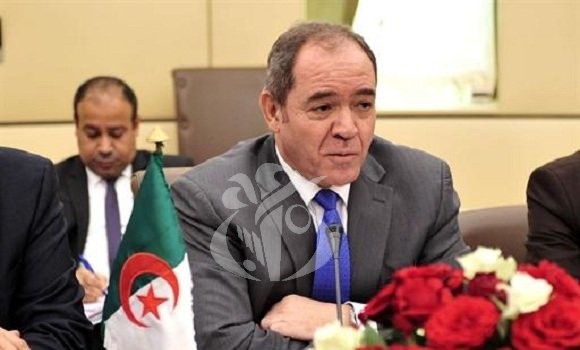 Minister of Foreign Affairs, Mr. Sabri Boukadoum underlined, in Madrid, that the military operations are insufficient to fight against terrorism in the Sahel, because they do not address the deep causes of the phenomenon, notably those relating to development issues.

In an interview granted to the Spanish newspaper “El Pais,” published on Tuesday, Mr.  Boukadoum said that “terrorism is a transnational phenomenon. That is why only the international cooperation works. The Sahel is vital for everyone, including the Spanish.”

He considered that “the terrorist groups, regardless of their appellation, Daech, Boko Haram, are all the same. There is, according to him, “a continued regeneration of the phenomenon.”

Consequently, if it “is necessary to work with the military means, it is also necessary to “understand what is happening,” he said, pointing out the importance of addressing seriously the development issues.”

The military actions “are insufficient” to stop the activities of the terrorist groups,” according to him.

To support his statement, he cited the French military operation Barkhane in the Sahel in which Paris has deployed 5,100 soldiers, and the United Nations Mission in Mali (MINUSMA) which comprises more than 15,000 soldiers. “None of this is sufficient,” dubbed the minister, because, he added, “they do not address the deep cause of terrorism.”

In this interview, the minister broached the huge pressure that Algeria has experienced because of the illegal migration.

“Spain, Italy, France and Greece complain about massive migrations, but we are the ones that receive them before they reach Europe,” he said.

Concerning the repatriation of migrants to their countries, the minister affirmed that they are voluntary returns organized in collaboration with their country of origin and the international organization for Migration.”